Here is good news for all the PUBG Mobile fans. The game might return back to India as PUBG Corp. has given a hint from posting for a job on LinkedIn. Before this also, we have got so many speculations of the game coming back. Once again, it is speculated as PUBG Corporation has put up a recruitment notice on the official LinkedIn Profile.

The PUBG Corp has put recruitment for the role of Corporate Development Division Manager for the Indian region. A role for setting up the process of PUBG game in India with the guidance from HQ. Check out the recruitment on LinkedIn Website. 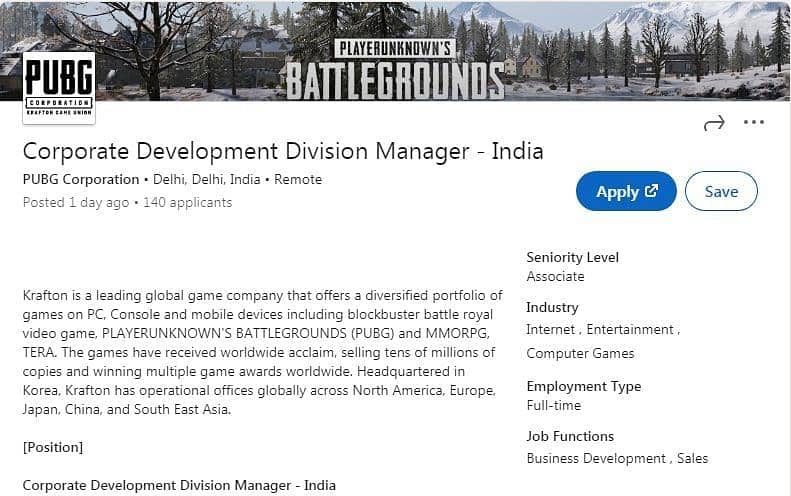 With this requirement by PUBG, we can say that PUBG Mobile can come back to India with the Indian version of the game. 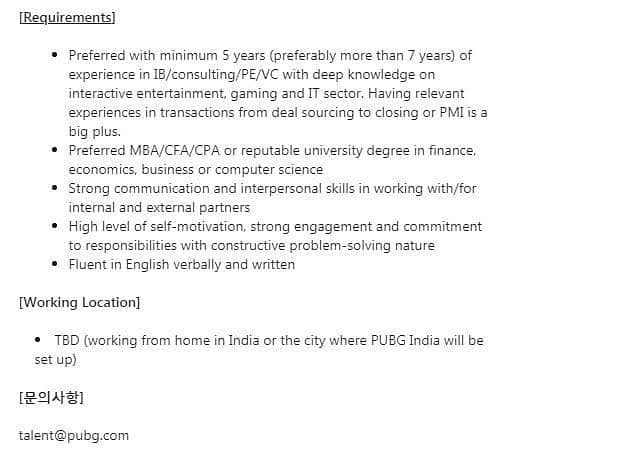 If you remember, last month in September, the Indian government banned 118 Chinese apps, including the most popular PUBG Mobile game. As it was the popular and most played game in India, the relaunch of it, the top matter discussed. Within India, there is a 24% PUBG Mobile userbase compared to other countries is less.

After the game was banned in India, the revenue of the game was dropped from $211 million to $198 million.  Because of this, PUBG mobile went to second place in the list of highest-earning games globally.

Even PUBG Corporation has given its best to bring the game back. As originally the game is not Chinese, the developers Tencent was Chinese. So, after the ban, the PUBG Corp. has broken ties with Tencent games with the hope that they can bring back the game in India.

If this speculation is correct, then soon, PUBG Corp can meet the Indian Government’s data security laws and guidelines.

All the gamers are eagerly waiting for the game to come back as there are so many speculations coming for the game. So, let’s just wait and watch for the official statement.