Battlegrounds Mobile India has officially launched last month for Android devices. Since the launch every day we get different news about the release of the iOS version. As, Krafton has earlier claimed that, once the official release is rolled out for Android, at the same time, the game will be available for iPhone users also. But, it didn’t happen.

After the Android launch, Krafton was fairly tight-lipped about the whole matter. However, now the developers have given hint that the BGMI for iOS is coming soon. On the official Instagram page, a teaser of the game says the iOS version is in the works. However, no other information is revealed yet. 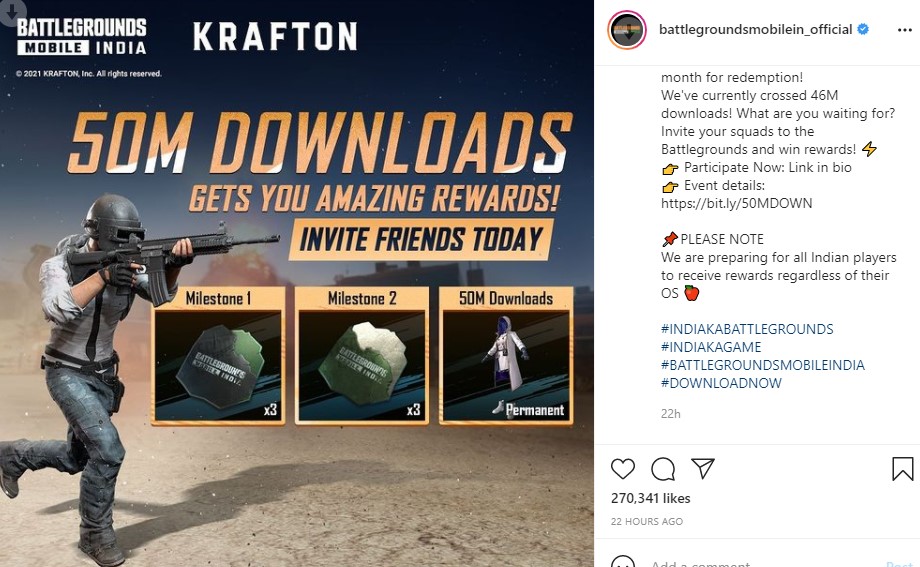 Krafton announces that BGMI has reached the 50 million downloads milestone and it tool Social media platform to announce the rewards. At every milestone, Krafton has announced rewards. At this announcement, there is a message that gives us a hint of the iOS version coming soon.

The message reads as,

“We are preparing for all Indian players to receive rewards regardless of their OS (an apple emoji).”

As it has an Apple emoji, it suggests the launch of the game on the Apple App Store.

Now, let us wait for the official confirmation from the developers.