PUBG: New State closed alpha went live in few countries in the weekend. According to the reports, the closed alpha started last week that shows an hour of gameplay. In the footage, we can see a new skin, new more modern weapons, and some gadgets like drones that will be helpful during battle. However, the game control layout is pretty much similar with some additional options.

Android Police has shared a clip of gameplay on their official youtube channel and says it was recorded at 1080p 60fps in Troi map. You can watch the gameplay from the given link. 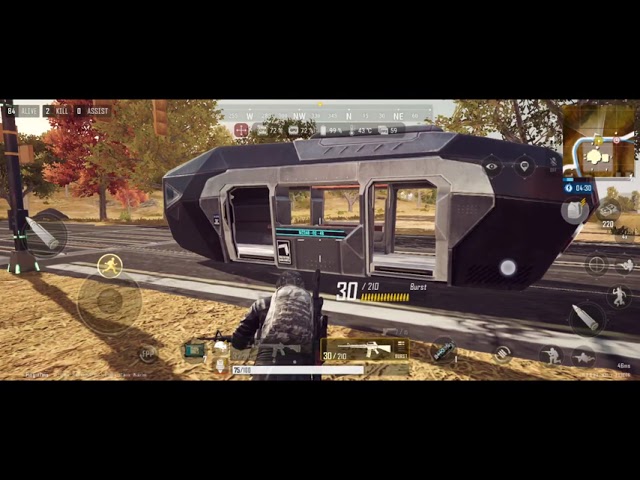 A user named Matthew Sholtz from Android Police has played the game in the highest graphics settings. He said, performance was so good, and there was no lag or any other issue while playing. Even the touchscreen controls work well and can be customized easily.  He also used a controller, but the right thumbstick did not work well, so may be the developers have not yet kept support for controllers, or its still under progress.

However, the closed alpha testing went live in the US last week on Friday. Also, the APK and OBB files of the alpha test have already released and Krafton has announced that the testing will run from June 11 to June 13. The testing is already finished, and this is gameplay footage from the testing.

PUBG New State was announced by Krafton in February and also went up for pre-registration on the Play Store and App Store. Later, there were reports that the game is not yet available in India as the developers were trying to bring back PUBG Mobile in India, but couldn’t. So, now PUBG Mobile is coming in a new avatar called Battlegrounds Mobile India.  Yet, the official release date of the game is not yet announced so it’s unclear when the game will be available to play.