PUBG New State is a brand new game of PUBG sequel that might release in the second half of 2021. Krafton has revealed the game in February by posting a trailer which has left fans eager to know more about the game. However, this game will be available only for mobile, in the future, it might get a PC or another console version, but we are not sure. PUBG New State Alpha Phase testing are started for US and India region. For US it will start from today i.e., 11th June and for India it will start from tomorrow i.e., 12th June. So ultimately you can take the benefit of trying this game before it’s official launch. In this guide you can learn and know how to download the PUBG New State Apk and OBB File and play it. 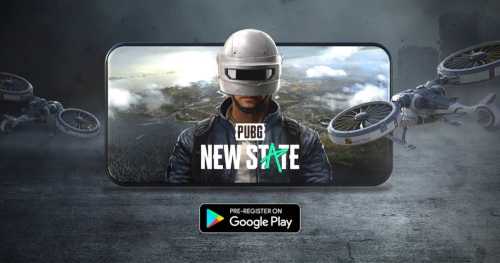 We already know that the alpha testing for PUBG New State will start in June and finally, Krafton has announced that the testing will run from June 11 to June 13.  If you are from the US, you can visit the developer’s official website as later, it will be available in India.

All the United States users who have registered as beta tester can download the PUBG New State game on Android devices and start playing. Here’s how you can download and install the alpha release of the upcoming game.

How to Download and Install PUBG: New State (Alpha Release)

All the beta testers can download the PUBG New State APK and OBB files from the given below links.

Step 1: First, you need to download the APK and OBB files of PUBG New State.

Step 2: Once you download, install the APK and open it.

Step 3: Allow the asked permissions and close the game.

Step 4: Now open any File manager and locate the PUBG New State OBB Folder which the game just created. There you have to paste the OBB File that you downloaded in step 1. (Make sure to unzip the downloaded file)

That’s it. You have successfully installed the apk and obb file of PUBG New State. Now launch the game and play it. Test it and do share the feedback with the developers so that they can improve wherever necessary and make the final launch for the public. Also share in the comments below about your experience playing PUBG New State. Also share how is PUBG New State different from PUBG Mobile?

NOTE: In India, the game will start tomorrow morning at 6:00 AM and in another region like the US it will start at 6 PM today. If you are using Android 11 then you can use a different file manager for locating the Android folder to paste the OBB File (Download Google File Manager or ES File Explorer).

In the alpha testing, players will be able to play the new map called Troi. This test is only available for three days where players might need to give feedback and complete the survey.  If you haven’t registered for the game yet, then pre-register now.

Let me play this damn game