PUBG Mobile Loco Gamer League: Everything You Need to Know

Smartphone maker Poco and Loco the famous streaming giant Loco have joined hands to bring up a PUBG Mobile tournament named Loco Gamer League Monsoon Knockouts. It would be 4 days long tournament consisting of top notch Indian tier 1 teams. All these teams are invited, as there are no official qualification criteria set by organizers. This event would be conducted side by side with the on-going PMWL in case you missed it you can check the results, schedule etc at PMWL EAST Results and PMWL West Results. 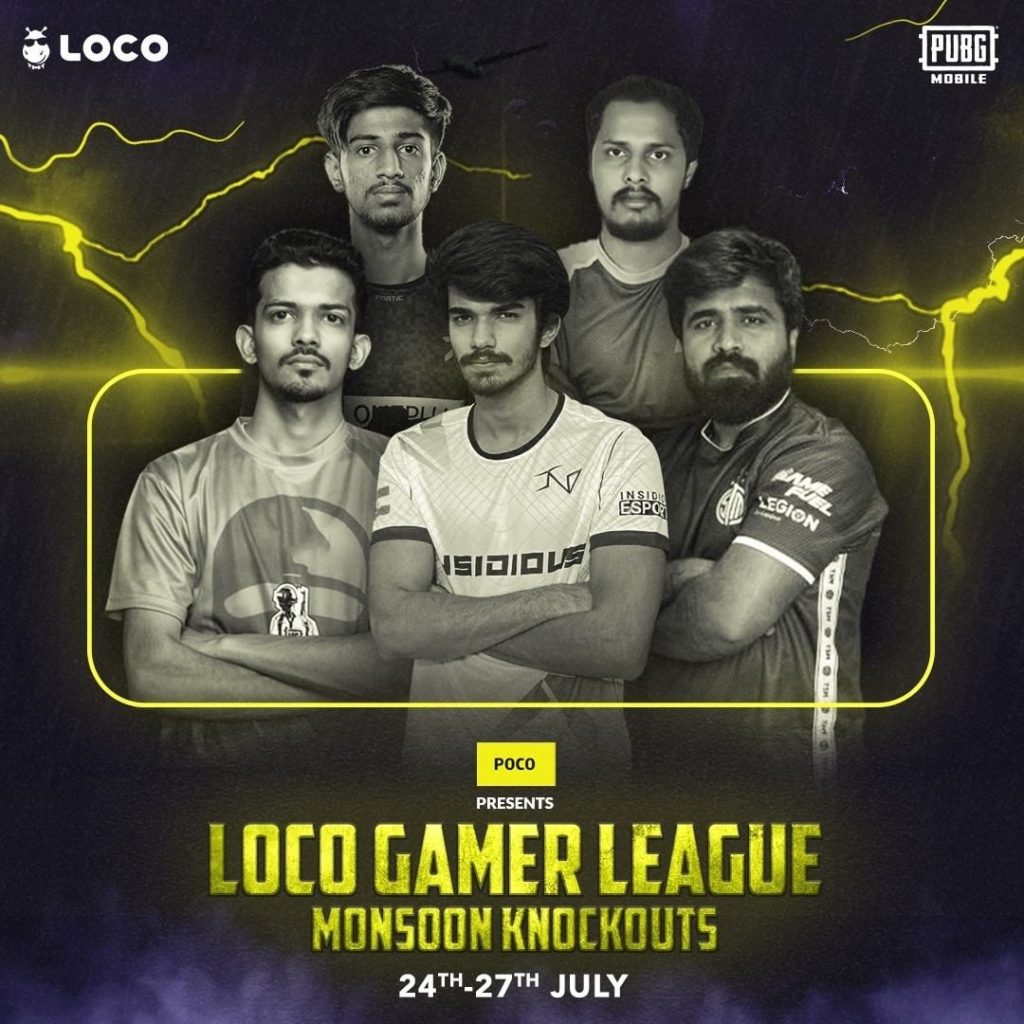 As reported by Loco the prize pool of the event would be around 2,50,000 INR. 20 teams would compete each other to win this massive prize pool. The tournament would commence from 24th July to 27th July.

The Loco Gamer League Monsoon Knockouts would be officially streamed on the Indian streaming platform Loco on the  scheduled date that is from 24th July to 27th July. The stream would start around 2 pm on the respective days.

About the Indian Streaming Platform Loco:

Loco is India’s leading live game streaming app made in India for Indian gaming community. Presently you can watch your preferred game recordings all at one spot.

On Loco, you can watch India’s best up and coming and top gamers play top games, and follow, support and connect with them. You can likewise begin your own channel and become a decoration on Loco. You can also play free multiplayer games like Ludo, Carrom, Pool, and Bull Bash together with your friends within the app.