However, the character is available in the game, but it is locked. To unlock it, the players need to solve the Jigsaw puzzle and complete the Golden Magazine task.

The developers have kept #BeTheHero campaign, with this the players will be able to redeem the character of Jai to play in the game. The character, costume bundle, and other rewards will be redeemed by completing the missions. The campaign is already started from 5th September. From 5th September to 15th Sept the players must Collect Golden Magazines to claim Jai character costume.

The second round of the event is from 10th September to 13th September the players need to Collect Jigsaw Pieces to claim Jai character for FREE. 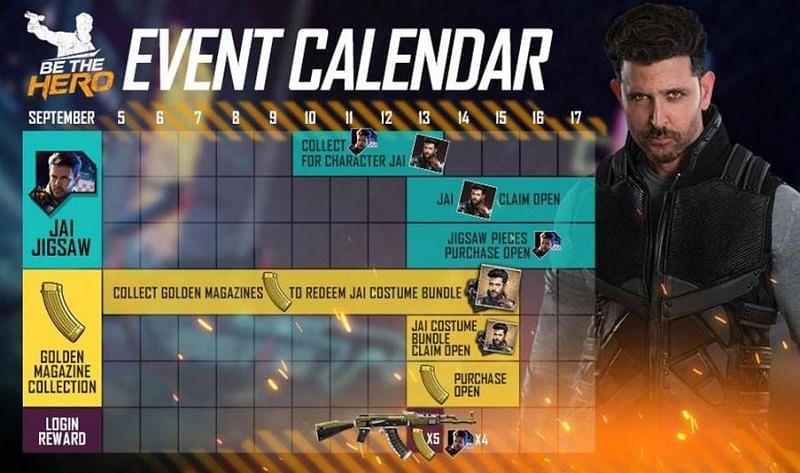 Jai will be coming with Raging Reload skill. Once the player kills the enemy, the gun’s magazine is automatically reloaded by 25% of capacity for ARs, SMGs, and pistols.

Get Jai character for free by solving Jigsaw Puzzle

Also, the players will get a bonus on 13th September. The players can win five golden magazine tokens and a permanent gun skin the AK47: Justice Fighter.