Call of Duty Mobile has received a big update in the form of the Black Ops 4 Battle Royale Map. The game will be getting a new Blackout Map in the BR Mode on September 22. 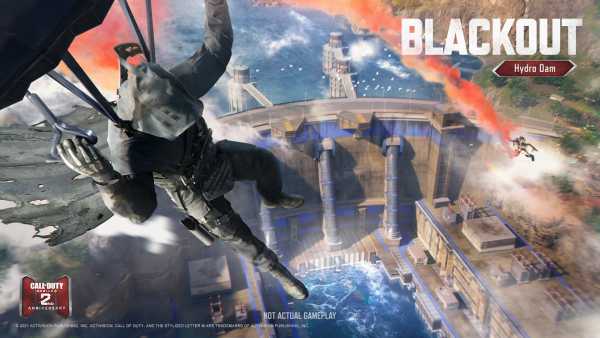 Blackout is the first Battle Royale map in the Call of duty series that is coming to COD Mobile. First, it was introduced in Black Ops 4. It has different locations across a huge landscape that will be replicated for mobile, as map Hijacked and Ghost Town map addition.

The new map will be added to Call of Duty: Mobile on 22 September at 5 PM PT.

✊ We need you out there soldier!
💥 The biggest battle is right around the corner! Blackout is coming to #CODMobile

🤝 Join the fight as a part of the 2nd Anniversary of #CODMobile!#CODM2Blackout pic.twitter.com/H6YHa69QFp

Blackout Map is filled with iconic locations throughout the Black Ops universe, from Nuketown Island to the Firing range. However, some of the areas are similar to the Multiplayer incarnations, and others are only based on the known environments.

Here are a few of the locations that will be seen in the Blackout Map once it is released.

Once the map is rolled out, all the details will be officially confirmed, and we will share them here. So stay tuned to us for all the latest updates of COD Mobile and other battle royale games like BGMI, Free Fire, and more.