How to Control Recoil in PUBG Mobile?

PUBG (PlayerUnknown’s Battlegrounds) game is out now for a long time. It has millions of players, and most of them are aware of all the different types of weapons, and they also know where to use which weapon. In PUBG game, there are a lot of different types of weapons with varying mechanics of shooting. To get the shots on their target, there is recoil in the weapons. You might have seen a YouTuber streaming PUBG game on YouTube, and in the video, you can see they easily kill the enemy. To easily kill enemies in the game, you need to control recoil. If you are unaware of it, then don’t worry we are here with a guide to control Recoil in PUBG mobile.

Before we get into detail, first let us see What is Recoil in PUBG?

What is Recoil in PUBG Mobile?

When a player is shooting with a gun, there’s a “Spring back” action which is called recoil. It throws the shot off from the gun, but they need to know how to control it. If you can’t control the recoil, then you might miss the shot. So, it is better to learn recoil control in PUBG. If you learn to control recoil, then it will be easy for you to play PUBG and kill enemies.

Now, let’s move to the main part, how to control Recoil in PUBG Mobile?

If you are new to PUBG game and you are using a weapon for the first time, then first find a wall and burst fire. Start shooting at the wall, and imagine the wall is your enemy. Keep practising until you understand what you need to do. It is good to start using AKM, as it is the most powerful weapon.

Pull the gun down a bit while you shoot by using your right thumb and control the recoil. With this, you will get your target and will help you to shoot properly. It’s not that easy, and you need much practise for that.

At the first time, most of the players get panic when the enemy comes and start shooting. But you must not panic, just start shooting and think that the enemy is the wall where you were practising. However, it is easy to tell, but a little bit hard to shoot for the first time. But don’t worry, just practise, and you will learn what to do.

Here are some tips to reduce recoil and aim well in PUBG.

The developers have designed each weapon to have a different recoil pattern. Few of the guns move vertically upwards or downwards, and others move left or right.

But, you must use only one weapon and keep practising at a time until you get used to it. From the training ground, pick any weapon and start practising with that weapon only. Start firing on the wall or any other target and observe the pattern of the bullet.

After the pattern is drawn, stop making any patterns from the bullet and try to control the cross-hairs and stay in the middle. Like, if the bullet pattern is moving downwards, then the player should move and aim it upwards to offset for the recoil.

You must fix your ADS settings. If it is hard to aim downwards, then do plus and if hard to control then minus. Keep testing it until you are satisfied.

Use Gyroscope and control recoil smoothly.

Gyroscope helps the players with up-down and parallel movement without using their fingers or thumb to move the player manually. Gyroscope sensor is used to optimize the screen orientation with the mobile’s physical movement. Most of the players use Gyroscope to play much better. By using Gyroscope, it is much easier to kill the enemies as you don’t need to touch the screen to change the orientation.

How to Enable Gyroscope in PUBG Mobile?

You can adjust everything in sensitivity settings, if you are a beginner, then Set your settings at low, and once you are comfortable, then you can increase the Settings. 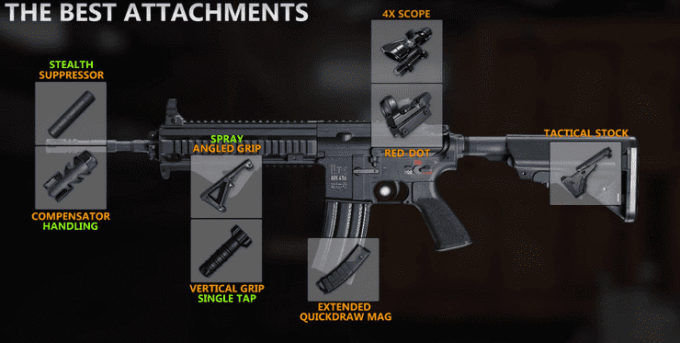 You must use the right grip reduced recoil to make your gun stable. If you use the wrong grip, then your gun will not be stable. 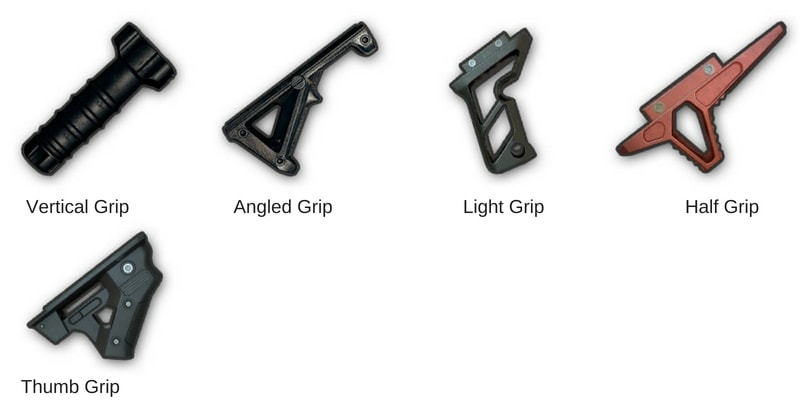 It is a foregrip attachment which reduces the Vertical recoil when single tap fire and full auto spray.

Vertical foregrip can be attached to a wide range of weapon types like:

A foregrip attachment which reduces the horizontal recoil and faster return to aim.

An attachment which reduces the recoil and increases recoil recovery, and also reduces the stability when firing.

It is an attachment which reduces the scope opening time, which slightly reduces vertical recoil and increases stability.

A laser sight is an attachment which reduces hip fire speed.

The most important tip, getting crouch will help you to reduce recoil by 8%.

Piking left or right side while you are firing will make your gun recoil stable.

Last but not least, you need to do hours of practise if you want to make your recoil smoother. All the tips will also help you but practising yourself will be easier.

So, this is all about controlling recoil in PUBG Mobile. To improve your game this is not enough, and there are many things which you should check out. We hope this article was helpful to you. Stay tuned to us.