Garena Free Fire has become the most downloaded mobile game in 2020 with more than 266 million downloads.  The hype of the battle royale game has spread globally and is more passionate in South Asia, South East Asia, and LATAM. The game has gained success in the different parts of the world and for this season the game was titled as the Mobile Game of the Year 2020 by E-sports. To celebrate this victory, the developers have decided to thank all the players and has kept an event from 4th Feb to 9th Feb.

Normally, the players have to spend diamonds to get weapons, skins, and other items in the game. But the developers of the game have given an opportunity to the players to get COBRA BASEBALL SKIN for free in the upcoming event.

“We are proud to announce that Free Fire is crowned the most downloaded mobile game in 2020, according to AppAnnie! To celebrate this with everyone, we will be giving away a Cobra Baseball skin! Log in from 4-8 February and collect the item for free.”

How to get Cobra Baseball Skin for Free in Free Fire? 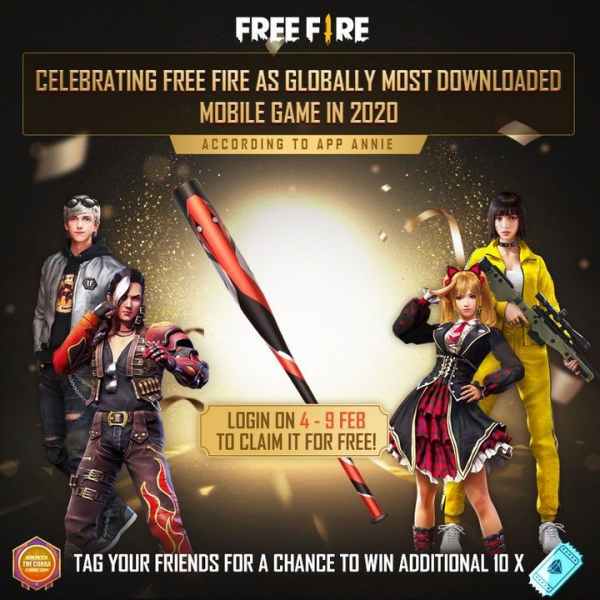 The developers of the Free Fire has announced that they will be giving the Cobra baseball skin for free to each and every player. In this way, they are celebrating the victory of becoming the most downloaded game in 2020.

On the given dates, the players must log in to the game and visit the Events tab to claim this stirring skin.