Garena has launched a new version of Free Fire, Free Fire Max for both Android and iOS players globally. In Free Fire Max, there are three major maps available including Bermuda, Kalahari, and Purgatory. All these maps offer different lands as Bermuda has green lands, Kalahari has deserts.

The new players mostly make mistakes by landing at the wrong place. Though such places offer great loot you might end up the game early. So, you need to avoid landing at such places which have a high number of enemies.

Landing at a safe place is better to be in the game till the end. So, here we have got the top safest places to land in Free Fire Max on Kalahari Map. 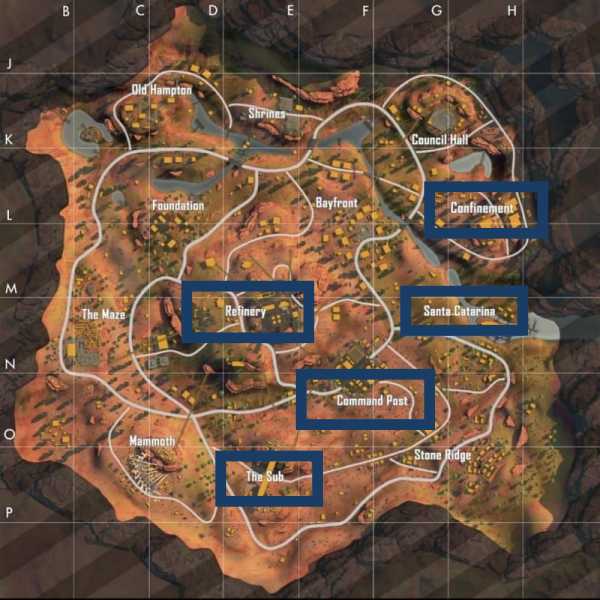 This place is considered as one of the safest landing sports on the Kalahari map in Free Fire Max. Here, players will get enough loot for the whole team to survive, but you need to be very careful and need to look for better loot at other locations. The players will not get loot properly, as they need to look over the location. Santa Catarina is the best landing place in the early match to avoid ending up the game soon.

The refinery is also a safe place to land as it has a lot of amount of loot. This place is situated in the center of the map and it attracts the players to stay ready for a long fight. As there is a high amount of loot, players must be aware of enemies and be ready to fight for the battle.

The confinement area is located at the edge of the map so there are fewer choices for rotation. However, this place has a good amount of loot and is worth taking risks. Once you have looted, you need to come out of that area soon to avoid getting hit by the enemies.

Command Post is situated next to the Refinery map, so basically, this map is also situated in the center. Here, players will get heavy weapons and armor kits. The loots are amazing and worth for fight with enemies. It’s the best place to set up the late game.

This is the ultimate location on Kalahari Map in Free Fire Max. Sub is a tricky place to land as it has quite tricks and it gives a high amount of loot. You will have fun while fighting here.