Garena Free Fire is celebrating its 4th Anniversary on 28 August. The developers have confirmed that they are doing a collaboration with Dimitri Vegas and Like Mike for the celebration. However, no other details are out regarding the 4th Anniversary event like the schedule of the event, official announcement, nothing.

Several leaks have been surrounded that show the list of events with dates. A well-known data miner Knight Clown, in the India Free Fire community, has shared the calendar of the upcoming celebrations of the Free Fire.

Let us check out the details of the 4th Anniversary Calendar. 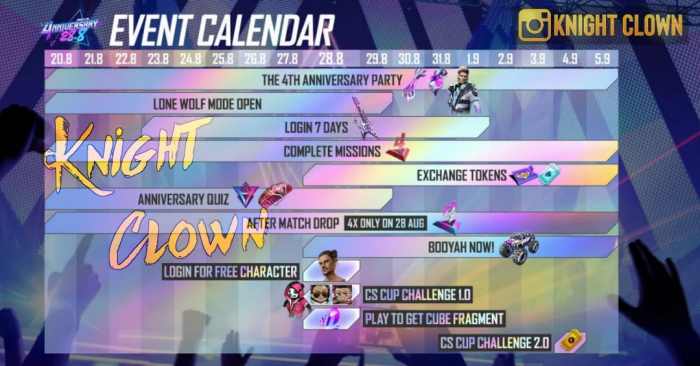 The developers have not yet confirmed the dates or rewards so things might change once the officials make an announcement.

The 4th Anniversary celebration is going to take place on 28 August with some new announcements. The players will get the Thiva character for free with few skins like Monster Truck and pets. Moreover, the players can also get free package, cube fragments, and more by participating in the Clash Squad Cup challenge.

Free Fire has revealed a music video titles “Reunion” that is a collaboration with DJ characters in Free Fire. In this song, we will see DJ Alok, Dimitri Vegas, Like Mike, and KSHMR. The teaser of the video is out and the full version of the song will be out on August 20. 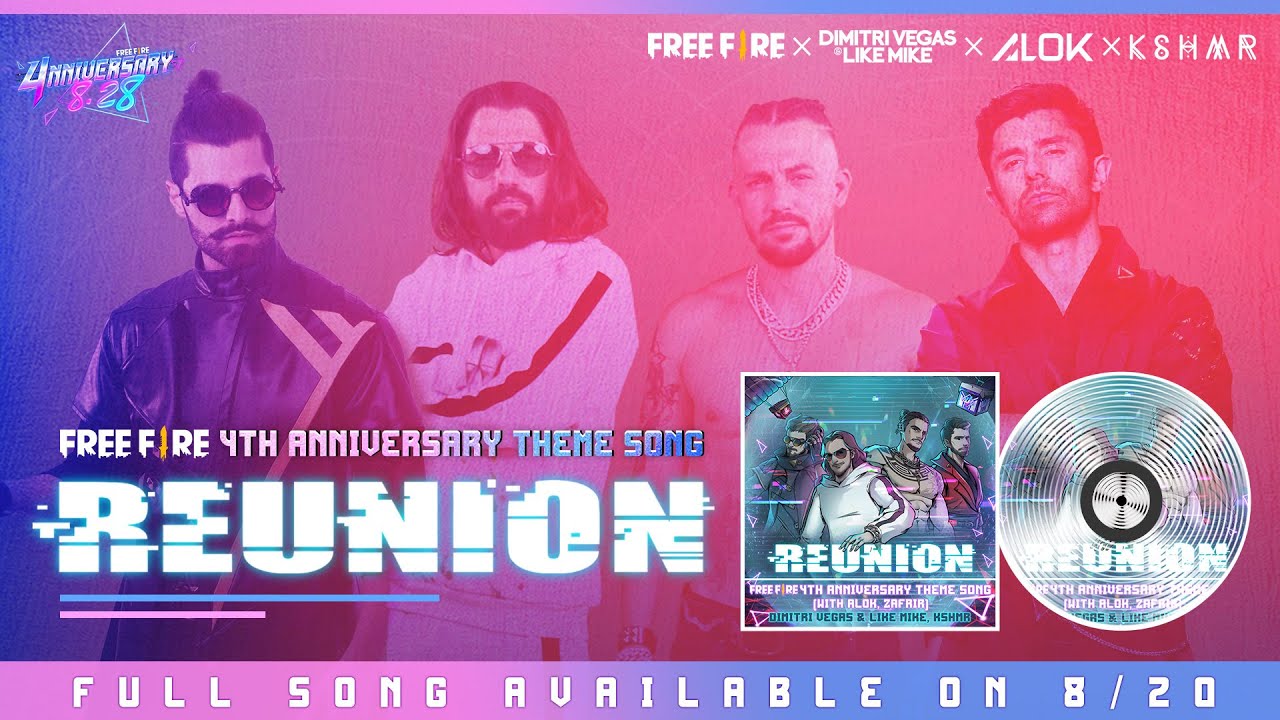