A total of 24 teams to be qualified from 4 groups with 6 teams from each group, matches on both have seen to be dominating by invited teams but underdogs are also giving a tough competition. The main upside down we have seen on 2nd day of Round 4 where GodL not able to qualify and finishes on 8th position in Group 2 and fans favourite Team SOUL made a comeback played a very dominating game play on 2nd day finishes on top.

Qualified Teams to BMPS from BMOC Round 4 Group 1

Team orangutan has been unlucky as they finishes on 7th position with same 42 points as GOG esports but lesser finishes , only team to cross 100 points in just 6 matches Global Esports challenging the team in BMPS. 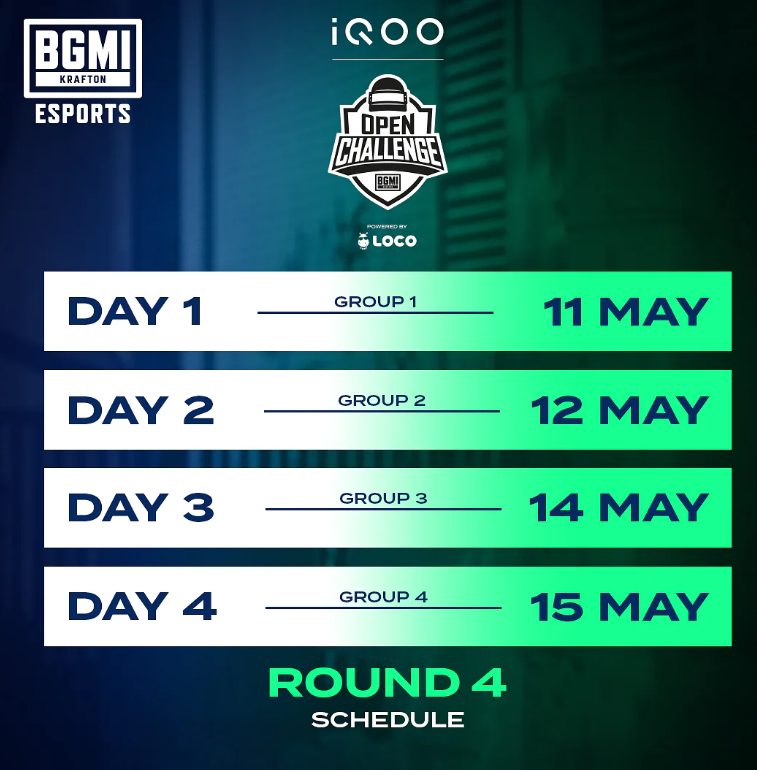 Qualified Teams to BMPS from BMOC Round 4 Group 2

Team XO was lagging in first 2 matches but made a big comeback getting 2 chicken dinner making a total of 84 points and finishing on 2nd position.

Group 3 and 4 matches will be on 14 and 15 May , Team X Spark team gathering for this round together in Mavi as seeing the importance of the this competition for them.

I lost my gesut I D in free fire