These rewards are not confirmed yet.

Battlegrounds Mobile India has a massive player base. It has unique in-game aspects including a Royale Pass system. The Royale Pass offers different rewards like gun skins, outfits, vehicle skins, and more.

At present, the BGMI’s M5 Royale Pass is going on and ends after one week. After this, there’s a Royale Pass M6 and for this players are already excited as the details of it have been leaked. Here’s a full list of rewards and skins that will come in the M6 Royale Pass. The BGMI M5 Royale Pass will continue till 20 December 2021. 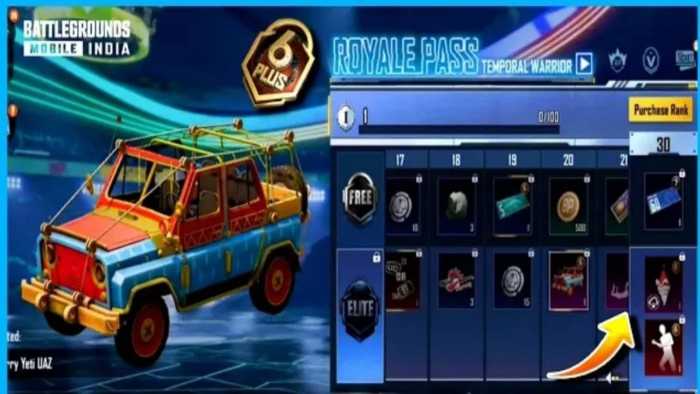 The price of the Royale Pass M6 will be the same, there are two paid versions Elite Pass and Elite Pass Plus that costs around 360UC and 960UC.

In Rank 1, players will get Supply Crate Coupon Scrap. From the event, players can get one crate coupon. As per the leaked details, there are chances of the arrival of Merry Yeti Win94.

All of these rewards are from Paid premium Pass rewards. If the players do not have the Royale Pass then they will get a few free rewards by completing the daily missions and weekly missions.