OnePlus has arranged a BGMI Campus Dominate tournament that starts from 26th November.

BGMI aka Battlegrounds Mobile India has grown up so fast in a short period of time, as it is a rebranded version of PUBG Mobile. A new BGMI tournament has come up that is done with the most popular phone maker brand “OnePlus”. The upcoming BGMI tournament is named “Campus Dominate”.

The eight cities that can take part in the tournament are:

In the upcoming Tournament, there will be teams from 64 colleges in 8 Indian cities. There are three stages in the tournament the College Qualifiers, the City Qualifiers, and the Grand Finals.

In this round, teams from selected colleges will battle against each other to win a chance to qualify for the next round, i.e City Qualifiers. The college qualifiers round will take place from  November 26th- December 6th.

All the teams that are qualified from the different colleges will face off in this round. This will take place from  December 7th- December 9th

On 13th December there is a grand finale of BGMI Campus Dominate. The teams that are qualified will participate and battle against each other to win the prize pool.

The prize pool of the tournament is Rs. 25 Lakhs, from which it will be distributed to 18 ranks.

And the Teams with the most kills in the finals will get two OnePlus 9R.

How to Register for OnePlus BGMI Dominate Campus Tournament?

As there are only 8 cities that can take part in the tournament, you can head to the given link to register yourself.

From the 8 cities, each city will have 8 colleges and from each college, there will be a maximum of 32 teams.

The tournament is starting on November 26th, everyone can watch the Live Stream on the official YouTube channel of Nodwin gaming and OnePlus India. 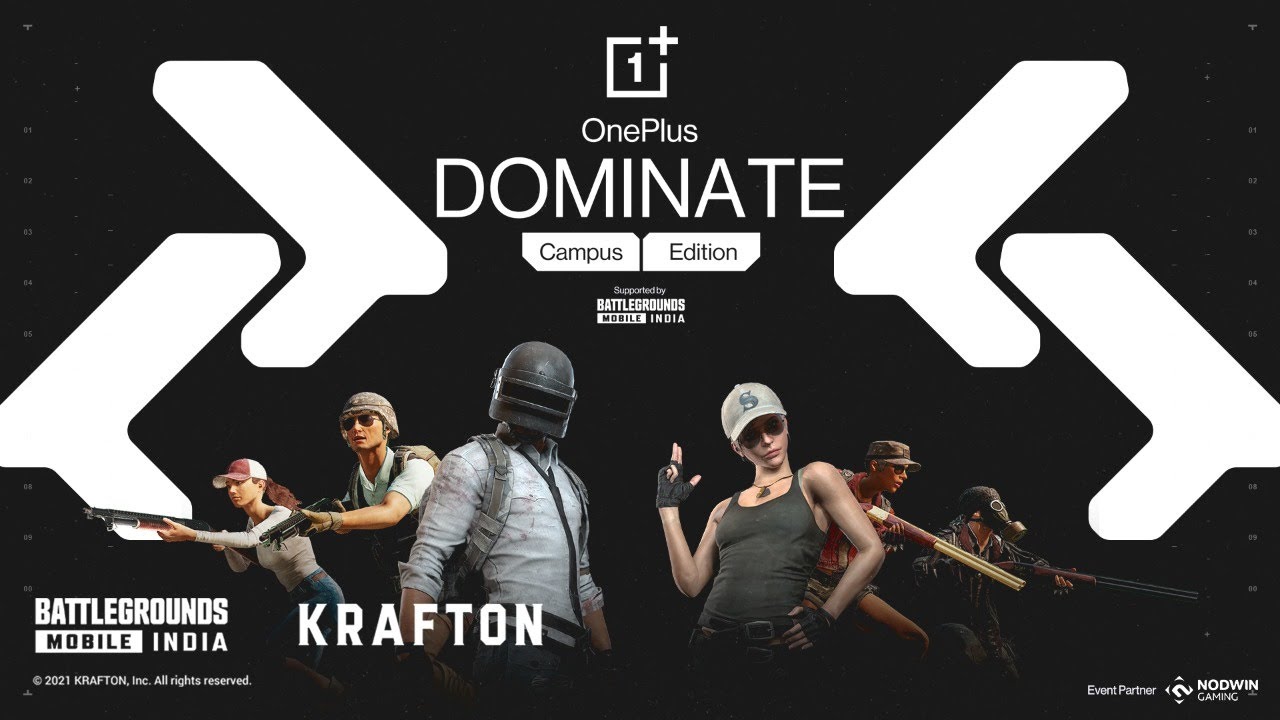 How to Report Cheaters in PUBG New State

How to Create & Join Custom Room in PUBG New State

BGMI: How to Fix Maps Not Downloading Error in Battlegrounds Mobile India

How to Add/ Unfriend/ Remove Friends in PUBG New State

BGMI: How to Block / Unblock Players in Battlegrounds Mobile India

BGMI: How to Change Name with Rename Card for Free in Battlegrounds Mobile India

BGMI: How to Get Anna Character in Battlegrounds Mobile India

How to Create & Join Clan in PUBG New State

How to Report Cheaters in PUBG New State

How to Create & Join Custom Room in PUBG New State

BGMI: How to Fix Maps Not Downloading Error in Battlegrounds Mobile India