Garena Free Fire is a free-to-play mobile game that offers many in-game items like outfits, weapons, skins, and more. Recently, the developers have announced that the “Jai” character will be removed from the stored this month-end. Regularly, the game gets new characters, and this was such a popular character that had the face of the superstar Hrithik Roshan.

For the farewell of the Jai character, Garena has kept an event where players can win various rewards. The Jai’s Farewell event offers free items and Jai characters for free as the character will not be available in the game after 31st July 2021.  All the players who didn’t get a chance to play Free Fire in Hrithik’s avatar can now avail the character for the last few days.

According to the Jai’s Farewell event calendar, the rewards will be permanent gun skins, gloo wall skins, and the Jai character itself.

How to get Jai for Free in Free Fire? 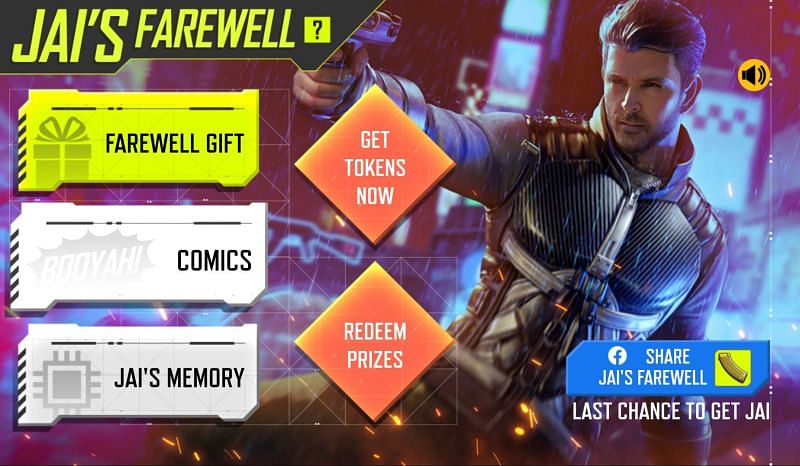 The redemption of the rewards starts after 24th July. The event has already started, and various rewards and gun skins will be featured. However, you have to choose between the Jai character or Justice Fighter Gloo Wall as both of them need one golden magazine, and every player can only get one Golden Magazine in this event.