Call of Duty: Mobile game doesn’t need any introduction. It is a Battle Royale game available for smartphones. The game was launched in the year 2019, and in a short period of time, the game became so popular. When the country’s most popular game PUBG was banned in India, the players looked out for similar games. At this time, COD Mobile, Free Fire, and others games gained so much popularity.

Here, we are going to talk about the best Weapons of the game. All the base weapons can be easily unlocked in the game by completing the missions. As you go further in the game, it gets complicated. You can unlock the features with Free Battle Pass or by collecting the guns.

Are you interested in increasing your gameplay? Want to know which weapon is the best in COD: Mobile? Then you have come to the right place. Here we will show you the weapons with their qualities that will help you to identify the level of the weapon.

Weapons to use in Call of Duty: Mobile

First, we will see the best Shotguns of the game. 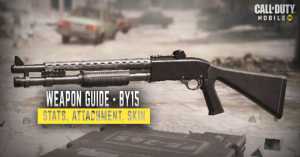 BY-15 is similar to KRM-262 if we see stats wise. It is one of the best shotguns in the game, and it is unlocked at level 30. The pump-shotgun reduces its medium-range effectiveness. Every shot from this gun is connected to one-shot any enemy. 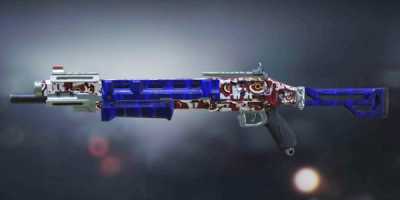 When the battle is mid to long-range, there are less chances to hit someone straight on the face. But, with this shotgun, you can hit someone easily. It has high damage and better accuracy.  Adjust the correct attachments, and then increase the KRM’s range and kill the enemy.  However, even if the range is increased, it still does not cover much distance, but you can also make one or two-shot from close to medium distances.

There are three excellent SMG in Call of Duty: Mobile.

It is one of the best submachine guns which must be used by every player in the game. It has a speedy firing rate, Ads speed, and has up to 25 damage. The recoil is controllable, and the optimal range is in close range. However, controlling this weapon is difficult, but it will be a good choice if you can pull it off. 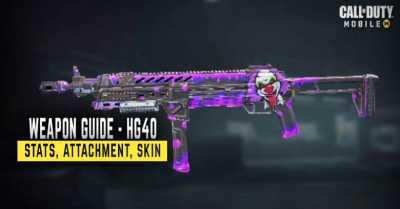 HG40 submachine gun can be used by all the players first. As it can be unlocked at level 13. The recoil is non-existent and is effective upto 25 meters. It has high damage at 40 and an accuracy of 62. 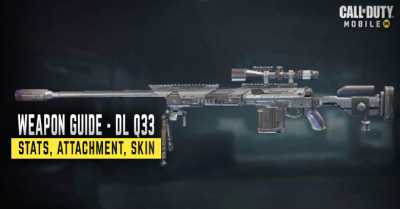 The best sniper rifle is DL Q33 and Kilo Bolt-Action. These two are the first choice for most of the players. It is a very accurate gun and offers good mobility, and it can easily kill the enemy in any range.

Kilo Bolt-Action is the marksman rifle in the game. It comes with amazing speed, damage and works better in close range also.

How to Change Name in Call of Duty Mobile

Call Of Duty Mobile to Get a Zombie Mode, But It’s Not the Original One